Unfortunately, many professions in the U.S. harbor a long history of worker asbestos exposure, whether it was documented or not. From the 1930s until the 1980s, asbestos was one the favored minerals to use in production of railway parts, locomotive products, ship materials, and maritime vessel production. This was as much because of its strength, durability, and resistance to heat and fire as it was because of its abundance and low acquisition costs. Asbestos seemed like an ideal material, right?

Aging railcars and train tracks are some of the greatest contributors to the elevated risk of asbestos exposure that railroad workers face. When railroad workers encounter asbestos that has been agitated and is airborne, they are at great risk of developing mesothelioma, lung cancer, asbestosis, and other asbestos-related diseases.

However, people began to get very sick. Cases of lung cancer and mesothelioma were more prevalent than ever, but it wasn’t immediately obvious what the culprit could be—at least until scientists began noticing certain patterns in the patients. Individuals who had a history of working in specific industries, such as the railroad and shipyard industries, were found to have significantly higher cases of the illnesses than anywhere else. And what did they all have in common? Frequent exposure to asbestos.

While the first cases of illnesses like lung cancer and mesothelioma were linked to asbestos as early as the 1930’s, people were slow to jump on board. Since it can take anywhere between 10 and 50 years for asbestos-linked medical conditions to manifest after exposure, people weren’t quite ready to believe the connection—especially industries who were loath to give up the cheap and readily-available mineral.

As the correlation between asbestos and dangerous medical conditions turned into causation, the U.S. began taking drastic steps in an attempt to protect its citizens. This led to a rapid decline in asbestos usage and strict regulations around using the hazardous material. But the fight didn’t end there. Due to the historical prevalence of its use and the failure to safely remove or replace all outdated asbestos-containing products, many modern-day railroad and shipyard workers still remain at a higher-than-average risk of asbestos exposure.

Workers who then handled the post-production items had an increased risk of exposure because of the tendency for residual asbestos fibers to adhere themselves to the final products or the packaging in which they were contained such as crates and bins. During packing, transport, or installation employees such as maintenance workers, engineers, electricians, yardmasters, and general laborers would often disturb stray fibers, increasing the chance for them to be inhaled or ingested.

As the railyard items containing asbestos began to break down, whether it was through normal wear-and-tear or accidental or intentional damage, the microscopic and extremely hazardous asbestos fibers were released. This would put anyone working on the trains or railroads at risk, including conductors, brake and switch operators, car couplers, and the train staff and crew. Additionally, railroad workers whose tasks covered actions such as routinely cutting, sanding, grinding, or smoothing asbestos-containing objects faced the most significant risk, which included engineers, maintenance workers, electricians, and more.

Asbestos fibers, once airborne, can travel for great distances depending on the nature of release, air pressure, winds, and further disturbances. Which means that secondhand exposure through proximity to railroads or their workers was not uncommon.

Specific railroad products that have a history of containing asbestos include:

Asbestos use in newly built railcars has decreased, but more than 160,000 railroad employees are at risk every day of being exposed to asbestos (a known human carcinogen). According to the CDC, their data reveals that railroad workers made up 17.6% of mesothelioma deaths in the transportation, warehousing, and utility sector in 1999. This number is expected to remain steady for decades due to the latency period.

Let's take a closer look at how railroad workers are exposed to asbestos, which types of tradesmen and tradeswomen are at risk, how your risk is minimized, and how you can seek legal help if you have been exposed and weren't properly warned or protected by your employer.

Who is Most at Risk

Today, the railroad workers most at risk are those that make repairs on aging railcars. These older railcars contain deteriorating asbestos, which can become fragile and release asbestos fibers into the air. If airborne fibers are combined with a poorly ventilated space, anyone in that space is at a very high risk of developing an asbestos-related disease.

Railroad workers who excavate or tunnel new rail lines are also at great risk of developing asbestos-related diseases, as asbestos can be found in old rail lines and could be disturbed with the laying of new lines.

Railway companies that are known to have used asbestos include:

While railroad employees and crews are protected under OSHA and the Federal Railroad Administration (FRA), this dual oversight has led to issues regarding jurisdiction. To mitigate risks that fall outside of their jurisdictions, OSHA and the FRA continually release memorandums and advisories. It is essential that railroad company leadership is paying attention to and abiding by these to protect their employees and crews to the fullest extent possible.

All railroad employees and crews are protected under the Federal Employers Liability Act (FELA), which helps ensure protection for those who are injured on the job. Asbestos-related diseases caused by occupational exposure are covered by FELA.

If you were injured or made ill on the job and can prove negligence was the cause, you may be entitled to compensation for your medical expenses. In order to get the greatest level of compensation, you'll want to hire a lawyer with asbestos litigation experience.

Similar to railroad workers, shipyard workers were exposed to asbestos by the production, handling, and maintenance of asbestos. However, there are few historical events that heavily impacted the shipyard industry and increased the chances of specific workers having increased exposure. During World War II and the extensive Vietnam War, asbestos was a common material in manufacturing products for ships, boats, and military vessels because of its affordability and availability.

It seemed as if emerging evidence about the dangers of asbestos was slow in delivery to officials responsible for suiting up the U.S. for it’s nearly back-to-back wars. As a result, military and civilian individuals who worked in shipyards or on ships between those times had a monumentally high risk for developing asbestos-related illnesses. Navy and Airforce vessels such as battleships, aircraft carriers, submarines, destroyers, and more continue to have a stark history of asbestos exposure even today. This especially affected any military personnel responsible for performing ship or aircraft maintenance.

Unfortunately, it wasn’t only the military vessels who were still using asbestos in production. This meant that civilian shipyard and ship workers still had significant risk of asbestos exposure. This included sailors, pilots, draftsmen, and any crew as well as those responsible in ship construction and maintenance. In fact, ship construction, maintenance, repair, and decommissioning were perhaps the most at-risk tasks for asbestos exposure. During these processes, asbestos-containing products were often destroyed, drilled, buffed, sanded, grinded, worn, or damaged, resulting in microscopic asbestos fibers becoming airborne—and therefore inhalable or ingestible.

Even actions as simple as loading and unloading materials or parts from receiving facilities could expose workers to asbestos fibers hiding in crates, pallets, and wrapping materials used to transport the products. As a result, both firsthand and secondhand asbestos exposure was common among shipyard workers and their families.

Shipyard products that have a history of containing asbestos include: 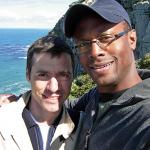