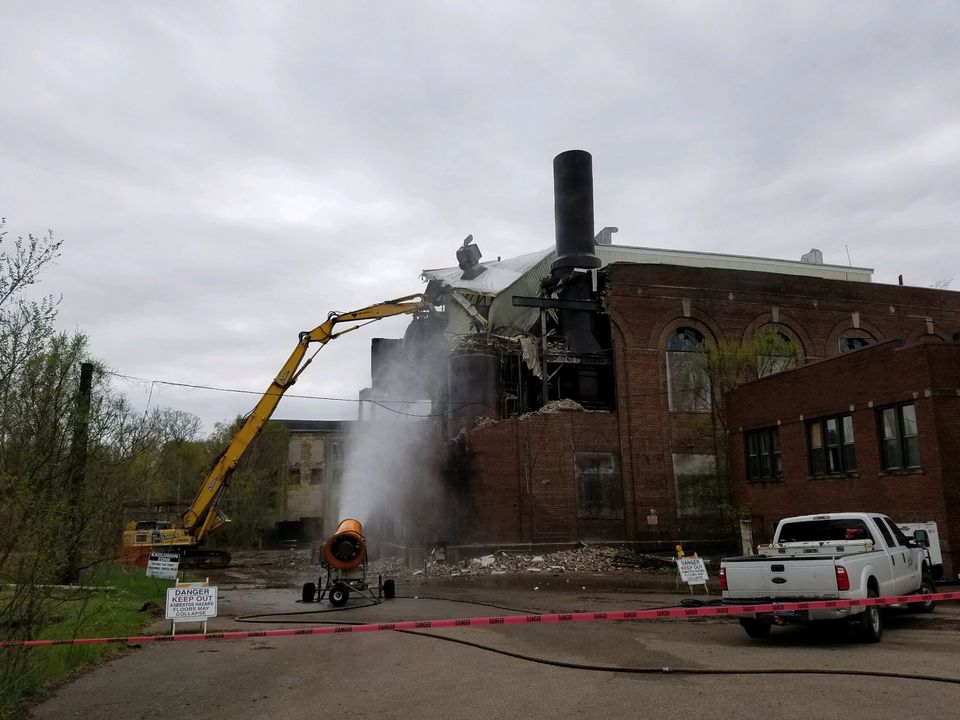 OTSEGO, MI — The U.S. Environmental Protection Agency’s demolition of a building containing asbestos in Otsego is under way.

The EPA is on site this week, executing a plan to spend an estimated nearly $1 million to demolish Rock Tenn Paper Mill, 431 Helen Avenue, which is contaminated with asbestos, Paul Ruesch of the EPA said.

“That building was trashed. It was really dangerous,” Ruesch said on Friday, May 10, as demolition was progressing and much of the building had come down.

“I’m happy the EPA is able to take away the environmental hazard and the safety hazard,” he said.

Workers used heavy machinery equipped with shears, grapples and other tools to begin ripping down parts of the building this week, and a process is in place to control the dust during the project, Ruesch said. Contractors licensed to work with asbestos materials will remove the debris from the site and it will be disposed of in a special way, he said.

Beginning in the next week, residents will see an increase of slow-moving traffic on West River Street (also known as 106th Avenue) as trucks haul materials off the site, Ruesch said. People will be there using flags to alert motorists.

Some metal pieces will remain on the site once crews leave the area, Ruesch said on Friday.

The work began in April and is expected to be complete by the end of May, he said, and the project is expected to come in significantly under budget.

A previous environmental assessment identified asbestos contamination at the building that was part of the former RockTenn paper mill at 431 Helen Avenue in Otsego, Allegan County Executive Director of Services Dan Wedge has said. Allegan County took ownership of the 48-acre property that includes the building where asbestos was found through a tax foreclosure, Wedge said.

The project announcement comes after a joint request from the Allegan County Treasurer’s Office and the City of Otsego submitted June 28. The funds have been made available under the EPA Time-Critical Removal Action, Allegan County said.

The funding allows for the entire power house building to be demolished and removed by EPA contractors, the county said.

The money comes from U.S. EPA funds for Superfund sites, and the EPA will attempt to recover the cost from responsible parties, Ruesch said.

In 2012, the EPA arranged to remove about 200 drums and bins of toxic waste from the former RockTenn site.

The land is for sale now and will be available for purchase for a minimal investment, Wedge said previously. The demolition is meant to help bring more redevelopment opportunities, he said.

To Read more about this article click on MLive