Roundup has been used for decades to kill unwanted plants and weeds in home gardens, garden centers, plant nurseries, parks, and farms. Unfortunately, this glyphosate-based herbicide has also been the cause of severe health issues and cancer cases globally. In recent years, glyphosate has been categorized as a "probable human carcinogen" by the World Health Organization, the International Agency for Research on Cancer (IARC), and other health organizations. In addition, research has shown that the toxicity of glyphosate is amplified when combined with certain inert chemicals, as is the case with Roundup.

Millions of people who have used Roundup are at risk of developing cancer and other illnesses. Individuals across the United States have stepped forward with cases claiming that Roundup caused them to develop cancers such as non-Hodgkin's lymphoma. Bayer acquired Monsanto in 2018 for $63 billion after a rough buyout battle. Since then, they have been the company responsible for any cases that come forward against Roundup products. Plaintiffs have come forward to first hold Monsanto, and now Bayer, accountable for causing their cancer.

Here's a look at the history and usage of Roundup, what kind of cancers it can cause, and what to know about exposure and risks associated with Roundup use. We'll also talk about the litigation—past and present—and how that might impact your potential claim.

History of Roundup Use for Weed Control

In 1950, during his hunt for new pharmaceuticals, a Swiss chemist named Henri Martin synthesized glyphosate. Years later, Monsanto and John Franz (a Monsanto chemist), discovered the weed-killing capabilities of glyphosate and they brought it to the market as the household name we all know- Roundup. When Roundup was rolled out by Monsanto in 1974, they promoted it as being a very safe and effective weed killer for commercial, agricultural, and consumer purposes. At one point, they even had an ad running that claimed Roundup was "safer than table salt."

The demand for Monsanto's Roundup exploded after its release, with farmers, landscapers, and consumers all praising its effectiveness. Today, 250 million pounds of glyphosate are used annually in the United States.

The potential dangers of Roundup were not recognized until further studies were ordered by different regulatory agencies over a decade later. In 2015, the World Health Organization (WHO) officially labeled glyphosate (the main active ingredient in Roundup) as a probable carcinogen, as did the International Agency for Research on Cancer (IARC). Studies since then have revealed that the toxicity of glyphosate is higher when combined with certain inert ingredients (i.e. surfactants). This dangerous combination is currently the recipe for Roundup.

There currently is no concrete evidence that Roundup leads to cancer or other illnesses, so Bayer continues to deny the rising evidence pointing to the connection. Past court cases have been setting the precedent that Bayer should be held accountable for not warning consumers of the dangers.

See the Latest on Roundup Litigation

Why is Roundup Still Being Used?

Roundup is still the most popular herbicide in the world, generating billions of dollars in annual revenue for Monsanto. As of 2017, over 90% of domestic soy, cotton, and corn crops were genetically engineered to be glyphosate-resistant, thanks to Monsanto's patented "Roundup Ready" seeds that were designed to genetically withstand glyphosate.

Despite health concerns, Roundup is still being used worldwide because, essentially, there isn't' indisputable proof that glyphosate causes cancer. Since the World Health Organization released its findings of glyphosate being a probable carcinogen in 2015, hundreds of individuals across the United States have stepped forward with cases claiming that Roundup caused them to develop cancers such as non-Hodgkin's lymphoma.

The EPA has been reviewing the safety of glyphosate for years, but many question the close relationship between their regulators and Monsanto. Those questioning the EPAs relationship with Monsanto believe that science is being manipulated and reports are being doctored. Despite mounting evidence that Roundup is dangerous to humans, Monsanto denies it and the EPA has not confirmed it.

Who is at Risk of Roundup Exposure?

Any individual who has regularly used Roundup for an extended period of time is at risk of developing cancer, including:

Glyphosate is dangerous upon inhalation, which can happen while mixing, spraying, and cleaning up. Mounting evidence points to the possibility that it may also be dangerous upon direct skin contact or when ingested via food consumption. Traces of glyphosate have been found in foods with treated soil.

Studies have shown that glyphosate exposure can increase an individual's risk of developing certain cancers by as much as 41%.

What Kind of Cancer Can Roundup Cause?

Roundup has been specifically linked to the following diseases, as reported by the IARC:

Additionally, glyphosate has been linked to other types of blood cancers, as well as chromosomal and DNA damage. Recent studies show that glyphosate can cause severe damage to a person's liver and kidney. So, even though you may not get cancer, Roundup could disrupt your endocrine system or cause other health issues.

Because Roundup has such widespread use, anyone could be at risk of Roundup exposure-related health issues. If you or a loved one have been exposed to Roundup and you think you may be at risk of developing cancer or other Roundup exposure-related illnesses, read on to learn what symptoms you should be looking out for and what your next steps could be.

If you are concerned that you may have caused your body harm from exposure to Roundup, keep an eye out for these symptoms and talk to a doctor if you experience them:

If you are using Roundup without proper PPE, you could accidentally inhale Roundup and experience the following:

If you experience any of the symptoms above after exposure to Roundup, you should seek the help of a doctor. You may need to be monitored for developing illnesses.

Here's how using Roundup can lead to cancer

The main active ingredient in Roundup, glyphosate, produces some distinct symptoms in individuals that have consumed large amounts of it. Call 911 immediately if you ingest any glyphosate product.

Go to urgent care or schedule an appointment with your medical provider if you experience a combination of any of the following symptoms.

In severe cases, other indications have included:

How to Confirm if Roundup Caused Non-Hodgkin Lymphoma

There is a diagnostic process that is used by doctors to confirm or rule out if you have non-Hodgkin Lymphoma as a result of your Roundup exposure.

If there is a connection between your health issues and Roundup exposure, you'll want to secure a lawyer right away to get your legal claim started. You could receive financial compensation for your illness resulting from Roundup exposure.

Our law firm has been working hard to hold Monsanto and Bayer responsible for their negligence for years. No one should experience cancer or other illnesses brought on by Roundup Exposure.

When to File a Roundup Lawsuit

Since millions of people have used Roundup, it can be difficult to know if you have a case. If you have developed Non-Hodgkin's Lymphoma or another illness after continued use of Roundup, you have a greater chance of winning your case. We typically see cases come from home gardeners, agricultural workers, landscapers, garden centers, and plant nurseries.

If you have reason to believe you were exposed to Roundup but haven't developed any symptoms, stay in communication with your medical provider. They can help you know what to keep an eye on, and in some cases, they can even enroll you in a monitoring program.

A good thing to keep in mind is that filing a personal injury or wrongful death claim relating to Roundup is not the same as being part of a class-action lawsuit.

Class-action lawsuits are focused on allegations of misleading information on the labels of Roundup and usually include multiple plaintiffs. These types of claims typically end with lower compensation per plaintiff, as opposed to plaintiffs who individually filed personal injury or wrongful death claims. They are, however, much less complex. You can participate in a class-action lawsuit simply by proving you bought Roundup.

When you file a claim as an individual, you are far more likely to receive compensation based on your unique circumstances and health issues. It's a more complex process than a class-action lawsuit, but it's much more effective when it comes to getting what you actually deserve.

If you or a loved one has developed cancer or any other diseases following extensive use of Roundup, we want to hear from you! We may be able to help you obtain financial compensation. 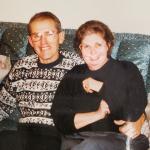 Whenever I needed something, I called them and they took care of it. They went above and beyond their duties.
Joanne G.