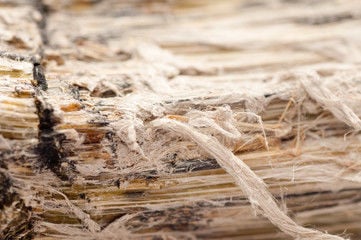 Asbestos is a known human carcinogen and experts agree that no amount of use of the toxin is safe. The European Union already prohibits its use, and despite this ominous classification, the United States is woefully lagging behind in the banning of asbestos.

Asbestos-related deaths in the United States demonstrate how our regulatory system for managing chemicals in the U.S. — known as the Toxic Substances Control Act (TSCA) — has failed to protect the public. For example, the U.S. Environmental Protection Agency tried to ban asbestos in 1980s, but despite the overwhelming evidence of its deadliness, a court ruled in 1991 that the EPA failed to clear all the hurdles under this law.

When Congress passed bipartisan legislation in 2016 strengthening TSCA, many thought it would pave the way to banning asbestos use in the U.S. In fact, that was the intention under the newly strengthened TSCA and the accompanying regulations written by the Obama administration.

Under the Trump administration, the EPA issued a significant new use rule (SNUR) which opens the door to allowing old uses of asbestos to return to commerce. Given the scientific community’s consensus that no amount of use of asbestos is safe, allowing these old deadly uses to resume will surely mean more lives lost. And the sad reality is that if imports of the toxin are not banned, manufacturers will continue to use it.

What’s even more frightening is that we don’t have a clear picture of how much asbestos is entering the United States because manufacturers are not required to report this information to the EPA. In an effort to change this, a petition was recently submitted to the agency by the Asbestos Disease Awareness Organization and co-signed by Montana-based Women’s Voices for the Earth.

The petition asks the EPA to use their new authority under TSCA to require importers of asbestos-containing materials to report the quantity of the toxin and the types of products it’s found in. Without this information, we have no idea who is importing the chemical or where it’s being used, making it very difficult to limit exposure or even assess the risk posed to workers, who are often disproportionately impacted, and the public. Of course, the end goal isn’t just to secure our right to know where it’s being used — it is to ban asbestos.

The Alan Reinstein Ban Asbestos Now Act of 2017 (SB 2072) has been introduced in Congress that would give the EPA the authority to ban asbestos. U.S. Sen. Jon Tester is an original co-sponsor of the bill. U.S. Sen. Steve Daines has not signed on as a co-sponsor.

The people of Libby are living out a horrible tragedy, and they deserve for it to mean something more. They deserve for it to result in a change that will protect others from enduring the same illness and loss. We cannot simply let the town be a cautionary tale of what happens when regulations don’t go far enough to protect public health, even when there is clear evidence of danger. We need to act. We need our leaders to act and finally ban the import and use of this insidious toxin.

To read more about the article please click on : Missoulian