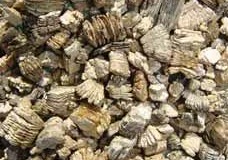 Asbestos-tainted vermiculite from Libby is believed to be in the attics and walls of millions of homes in which the hazardous insulation was used.

About 600 cases were pending before 2001, when the Legislature passed a law creating the special court to handle them. At the time, more than 1,100 people were diagnosed with asbestos-related diseases connected to exposure to vermiculite. More than 200 had already died from those diseases.

W.R. Grace operated the Libby vermiculite mine linked to most of the exposure cases. Its bankruptcy process was completed in 2015, and all cases against it were moved to a specific bankruptcy trust for settlement. But numerous other cases remain against Burlington Northern Santa Fe Railroad, the state of Montana, International Paper and some insurance companies involved in handling asbestos, according to Sullivan.

“Now that those bankruptcy proceedings are resolved, those cases are reactivated,” Supreme Court Administrator Beth McLaughlin said Tuesday. “We’re giving the parties notice they need to file that says they’re ready to proceed.”

The court handles cases involving asbestos-related disease “alleged to result from the mining of vermiculite, the processing of vermiculite, or the transfer, storage, installation or removal of a product containing vermiculite.” Anyone with a pending case must file before Thursday, Dec. 28.

While the original legislation called for a special court to be created, there’s no funding currently available to do that, McLaughlin said. Instead, Flathead County District Court Judge Amy Eddy will preside over the cases for discovery and settlement discussions. Those that aren’t settled will move on to the regular district court system wherever the cases originated.

To view more on the article please visit the Missoulian by clicking: Vermiculite